The defence team for those accused of sexual assault often get a bad rap in the media as they are portrayed as trying to accuse the victim of lying and being vicious in cross-examination. But what rape lawyers in Melbourne actually do in court (and before) and why do they do it?

The job of the defence team

The whole point of having defence advocates is that they are there to test the case of the prosecution. They try to find inconsistencies in the victim’s story and other evidence. It is important to remember that they are there to look after the interests of the person charged with the crime, not to help police to put them in prison.

Rape lawyers in Melbourne simply find the best line of defence for their client. This does not always mean trying to discredit the story of the person who has reported an assault – in many cases they will simply accept that the assault happened, but look to expose doubt about who committed the crime.

In other cases they will argue that the sexual contact was consensual, or try and downgrade the severity of the charge against their client. It is crucial to remember that the defence team are not trying to absolutely establish the truth of what happened – their client is entitled to the presumption of innocence, and they only need to establish that there is reasonable doubt about their client’s guilt. 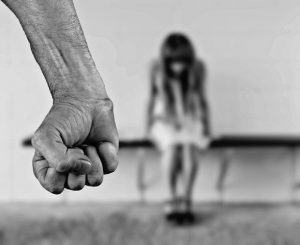 What can rape lawyers in Melbourne help with?

As discussed above these advocates can help to fight sexual assault charges in open court, but this isn’t all that they do. If you decide not to fight the allegations, whether because you think the evidence against you is too strong or because of conscience, then they can try to reduce the charges or potential sentence you face in return for a guilty plea.

Rape lawyers in Melbourne will also present mitigating factors in your defence at your sentencing hearing, in the event that you plead or are found guilty. Some mitigating factors for sexual assault can include prospects for rehabilitation, your character and how remorseful the judge believes you to be.

If you are applying for bail you can also get help from rape lawyers in Melbourne. They will gather the information that will be useful in your hearing, and will do their best to convince the presiding magistrate to release you until your trial.

In a bail hearing your Melbourne rape lawyers will need to present the judge with evidence that you are 1) likely to turn up for the actual trial if you are not held in prison; and 2) unlikely to reoffend while you are in the community.

To do this you will probably need to put up a substantial amount of money that will be returned when you arrive for your day in court (the amount will depend on your means) and prove that you have no plans to leave Victoria. You will also have to demonstrate that you will not be a danger to the community if you are released.

Your rape lawyers in Melbourne will usually offer a legally enforceable agreement for you to make no contact with your accuser, or anyone associated with them.  They will also seek to demonstrate the crime you are accused of is very out of character for you, so you are unlikely to do it while out on bail.

What will happen if you go to court?

In court your Melbourne rape lawyers will not try to prove your innocence – after all, if you can prove that you did not commit the crime then you should give that evidence to the police so that they can release you and move on.

Rather, as mentioned above, they will seek to introduce doubt into the case of the prosecution. The trial starts (at least in theory) with the assumption that you are innocent, so the other side needs to prove that you are guilty. Rape lawyers in Melbourne will look to find potential holes in the evidence against you, including the story of the person accusing you, and look for alternative ways to explain evidence.

Your rape lawyers in Melbourne will take different approaches based on the evidence against you – as well as anything they can find that might support your version of events. If you are trying to argue that there has been a case of mistaken identity they might try and find people who can testify that you were not with the victim on the night of the assault.

If they are arguing that what happened was consensual then they will search for evidence that supports your story, such as people who saw you and your accuser behaving affectionately earlier in the night – or even afterwards.

If you are accused of sexual assault then you will need to find a strong team of rape lawyers in Melbourne and start planning your approach to various aspects of the process – from pleading guilty or not guilty, bail, the trial itself and sentencing.

By Carlos 9 months ago

Single parents who are preparing to attend family court appointments in Sydney will need to make certain arrangements in preparation for the day. In these cases, there will be rulings...

To reiterate, adoption is a legal process so the adoptive parents of a child are just as obligated to provide financial support to adoptive children, even if the parents were...

With any major life process, especially one concerning an institution such as marriage, there are bound to be collective popular notions about what happens throughout. This can make the divorce...

If your relationship breaks down, you need clear direction at the outset on the legal options available to enable you to make informed decisions on the way forward. Our family...